Back to the Basics: Anaphylaxis Do you ever notice that the shape and contour of a grain of pollen looks eerily similar to the Death Star from Star Wars? Many patients with seasonal allergies probably think George Lucas completely hit that nail on the head. The substance that causes their misery due to an allergic reaction is an allergen. Similarly, a toxin or other pathogen (an allergen, for example) inducing an immune response within the body that results in the production of antibodies, is an antigen. Antibodies are basically proteins that interact with a specific antigen, helping to accelerate an immune response and rid the body of the toxic substance.

Antigen examples include peanuts, seafood, medications, animal dander, dust, and of course, insects. They find their way into the human body via four routes. Most commonly, they are injected through the skin. Additionally, they can be inhaled through the respiratory tract, ingested through the GI tract, and absorbed through the skin or mucous membranes. Normally when this occurs, a patient may develop a mild or moderate allergic reaction. When that reaction is severe enough to become life threatening, it is called anaphylaxis.

Four distinct events must occur in order for an anaphylactic reaction to manifest.

The first is an exposure to an antigen. This initial event sensitizes that patient’s immune system and causes it to form antibodies against the specific invader. The new antibodies travel throughout the body, looking to attach onto a MAST cell or white blood cell called a basophil. MAST cells are located at the boundaries between tissues and the external environment. This includes the mucosa of the GI tract and the lungs, in the skin, and around blood vessels. They are stationary, compared to a basophil. It resides within the bloodstream and circulates throughout the body.

As the antibody attaches onto a MAST cell or a basophil, think of it like putting a key into a lock. The antibody is the key, which then inserts itself into the lock (the MAST cell or basophil). As long as the antigen that caused its initial formation does not invade the body again, the MAST cell or basophil remains dormant (the lock doesn’t open because the key isn’t turned). What turns that key, and subsequently opens the lock, is the second event – an antibody/antigen attachment.

Antibody/Antigen Attachment and Release of Mediators

Once an antigen binds to the antibody, the cell it is attached to “opens.” The subsequent release of the cell’s internal chemicals is the third event in the chain of anaphylaxis. These chemicals, called mediators, normally protect the patient and cause mild, if any, signs and symptoms. However, in the case of anaphylaxis, either the concentration is extremely high, and/or the patient has an overly sensitive reaction to their presence – causing them more harm than good.

The mediators contained within basophils are histamine and heparin. Since these cells are in circulation, the result of histamine release is systemic vasodilation. At the capillary level, dilation allows the fluid component of the blood to leak out through a now wider opening between individual cells. Additionally, the presence of heparin makes the fluid “slippery”, so to speak, which makes it flow easier and faster into extracellular spaces. Tissue edema, decreased preload and afterload, and eventually, hypotension result.

MAST cells also contain histamine, which due to their stationary nature, leads to a similar reaction in the body where they reside. The resultant increased vascular permeability causes angioedema (swelling of the area beneath the skin or mucosa from fluid accumulation). It tends to affect areas with loose areas of tissue, especially the face and throat, which can cause an airway compromise. Since MAST cells are located around blood vessels, the ensuing histamine-induced vasodilation compounds the hypotension and swelling caused by the basophils. The lower airways are also negatively affected by histamine, as its presence initiates bronchoconstriction and increases goblet cell mucus production. Combined, both reactions decrease a patient’s ability to ventilate and oxygenate. In the GI tract, increased levels of histamine increases peristalsis, which, in some cases, produces extreme abdominal pain.

Another mediator contained within a MAST cell is tissue necrosis factor. Locally, it promotes tissue inflammation, which in the lower airways especially, contributes to the difficulty of ventilation. The other mediator is leukotriene. Normally, it is very effective in “calling in the cavalry” – attracting T cells, basophils, and other white blood cells to the area of invasion. However, its actions locally amplify vasodilation, smooth muscle constriction and increased mucus production.

As the antigen continues to interact with antibodies throughout the body, the fourth and final event occurs: The patient demonstrates an outward response to the mediators (i.e. shows signs and symptoms of anaphylaxis – see complete list below). This can manifest in one of three ways3. One, there is a sudden onset of an illness with skin, and/or mucosal tissue involvement with either sudden respiratory and/or hypotensive signs or symptoms. A second possible presentation is two or more of the following that occur suddenly after exposure to a likely allergen or other trigger for that patient: sudden skin/mucosal, respiratory, gastrointestinal, or hypotensive signs and symptoms. Third, is acute hypotension after exposure to a known allergen for that patient. Signs and Symptoms of Anaphylaxis

Now, as horrible as this all appears, many anaphylactic reactions occur acutely, thus prompting an immediate call into 9-1-1. As such, the response timeframe is usually minimal compared to other types of medical emergencies. Anaphylaxis management leans toward one major goal: reverse the effects of the chemical mediators. As an EMT, evaluate the patient’s general appearance, relevant history of the condition, and try to determine past allergies, allergic reactions, and/or if they may have been exposed to an allergen to which they have been sensitized.

Assess and manage the airway, as needed. This includes application of oxygen by the most appropriate means to maintain adequate saturation. If available, include capnometry and capnography to assess and monitor for clinical deterioration (i.e. increased bronchoconstriction) or improvement. If the patient is in severe compromise, be ready to aggressively manage the airway with suctioning, an appropriately sized adjunct, and ventilation with a BVM. Be aware that compliance may be poor in some situations due to excessive angioedema and bronchoconstriction. The gold standard in treatment of anaphylaxis is IM injection of epinephrine. It counteracts the lower airway issue by overriding histamine action and promotes aggressive bronchodilation. Secondly, via its vasoconstrictor effects, it decreases upper airway mucosal edema (laryngeal edema), increases peripheral vascular resistance (counteracting hypotension and fluid third spacing), and increases cardiac output. When administering epinephrine via an auto-injector, assure that the prescribed medication is for your patient, and then examine it for expiration and clarity. If everything checks out, administer it mid-thigh, laterally. Hold the injector against the leg for at least ten seconds to ensure all of the epinephrine has been delivered. Watch the record the patient’s vital signs carefully. Do not be surprised if the heart rate increases, as that is an expected transient action of epinephrine. This will also tell you that the injection was successful. Monitor the patient for improvement or deterioration then manage accordingly.

Advanced EMTs and paramedics have more treatment options, which along with the basic measures mentioned, can significantly improve a patient’s condition. If airflow is impeded, endotracheal intubation may be required. Keep in mind that the anatomy will be skewed and possibly unrecognizable. Have available smaller tube sizes than normal. If there is severe laryngeal and/or epiglottic edema, a cricothyrotomy may be necessary to establish a patient airway. Obtain IV or IO access and administer an isotonic crystalloid with enough volume to attain/maintain a systolic pressure between 90-100 mmHg, or a mean arterial pressure (MAP) at or above 65 mmHg. If the patient develops pulmonary edema before the target MAP or systolic pressure, you may need to stop the fluid infusion and administer an IV vasopressor. Consider IV or IM diphenhydramine, Solu-medrol, and additional epinephrine (as needed). Nebulized albuterol or Combivent may be considered after adequate airflow is reestablished. Remember, antihistamines and steroids will not effectively treat the cardiovascular and respiratory symptoms. Epinephrine must always be the primary medication.

This intervention holds weight in one other regard. A relatively common complication is a recurrence of anaphylaxis within 1 to 72 hours, even after appropriate treatment; happening with no additional exposure to an antigen. Known as biphasic anaphylaxis, it occurs in < 1% to 20 % of patients1, 2. Severe anaphylaxis and/or the need for greater than one dose of epinephrine to treat anaphylaxis are its highest risk factors. Additionally, widened pulse pressure, an unknown anaphylaxis trigger, and cutaneous signs and symptoms can also be associated with biphasic anaphylaxis.

Chris Ebright is an EMS Education Specialist with ProMedica Air and Mobile in Toledo, Ohio, managing all aspects of internal continuing EMS education as well as for numerous EMS systems in northwest Ohio and southeast Michigan. He has been a Nationally Registered paramedic for 25 years, providing primary EMS response, land, and air critical care transportation. Chris has educated hundreds of first responders, EMTs, paramedics, and nurses for 24 years with his trademark whiteboard artistry sessions, including natives from the Cayman Islands and Australia. Chris’ passion for education is also currently featured as a monthly article contributor, published on the Limmer Education website. He has been a featured presenter at numerous local, state and national EMS conferences over the past 13 years, and enjoys traveling annually throughout the United States meeting EMS professionals from all walks of life. Chris is a self-proclaimed sports, movie and rollercoaster junkie and holds Bachelor of Education degree from the University of Toledo in Toledo, Ohio. He can be contacted via email at c.ebrightnremtp@gmail.com or through his website www.christopherebright.com. 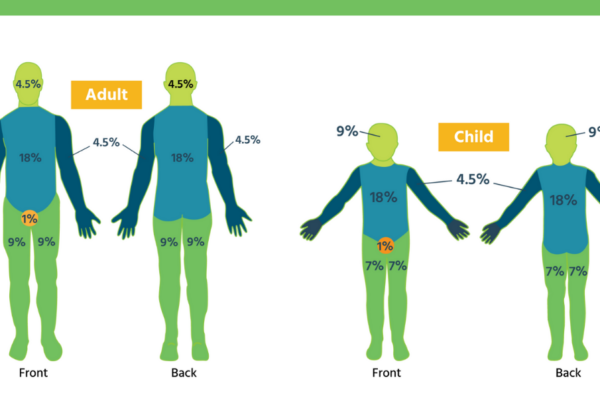 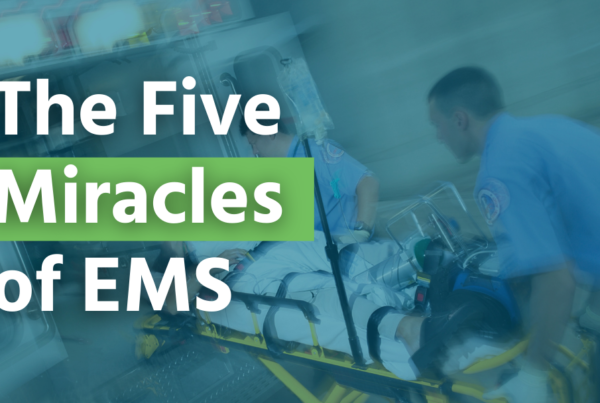