Back To The Basics: Snakebites

Remember these lines from the beginning of Raiders of the Lost Ark? “THERE’S A BIG SNAKE IN THE PLANE, JOCK!” “Oh, that’s just my pet snake Reggie!” “I HATE SNAKES, JOCK! I HATE ‘EM!” Well, I’m right there with Dr. Jones… I do not do snakes. Luckily, the percentage of venomous snakes is small compared to the number of non-venomous species. It is still not very comforting, but it makes it less likely you will encounter a snake-bitten patient who has been envenomated. That being said, let’s explore some information regarding the varieties of North American venomous snakes.

Annually, in the United States, there are approximately 45,000 snakebites, of which approximately 7000-9000 are from venomous snakes.1 Even though this number seems high, the number of resulting deaths is extremely low. Most of the reported bites are termed “illegitimate,” meaning a person consciously decides to handle/pick up a venomous snake or expose themselves to that risk. The typical patient is a young to middle-aged male, sometimes with the added influence of alcohol. There are, by the nature of the circumstances, atypically snake-bitten patients as well. These include snake handlers, zoo or veterinary personnel, and people feeding their pet snake.

Both atypical and typical bites are usually to the upper extremities. In contrast, most “legitimate” (accidental or unintentional) bites are mainly to the lower extremities. These typically occur because the patient unknowingly gets too close to a venomous snake who feels threatened, and it lashes out, fueling the common misconception that they are “out to get us.” The truth, however, is the polar opposite – snakes, in general, do not want to bite. They prefer to be left alone and will do what they can to get away from any perceived harm.

So, what are these reptiles that have been given such a bad rap? There are two families of venomous snakes in North America – Viperidae and Elapidae. Multiple species of each are indigenous to all states except Maine, Alaska, and Hawaii.2 The Viperidae snakes (pit vipers) within the U.S. are copperheads, rattlesnakes, and water moccasins. The Elapidae snakes within the U.S. are the coral snakes found primarily in the southern U.S. – particularly Arizona, Texas, Florida, and parts of Louisiana, Mississippi, Alabama, Georgia, and the Carolinas coast.

Keep in mind – people do keep “exotic” pets. These may be different types of vipers, or elapids, that are the culprit on your next call. The venom from some of these snakes can be extremely toxic, and in rare cases, lethal.

1. All are venomous. Venom injects into prey (or your patient) through a pair of fangs located in the front of the mouth. They are hinged and fold back when not in use.

2. Most vipers have a triangular or wedge-shaped head, resulting from the large venom glands located behind the eyes. These glands connect to the fangs through a duct that runs under the eye.

3. Most vipers give birth to live young, which are venomous at birth.

4. They have holes on their faces called pit organs, containing a membrane that can detect infrared radiation from warm bodies up to one meter away. Since most pit vipers tend to feed at night, the pit organs allow snakes to “see” an image of their predator or prey — as an infrared camera does — giving them a unique extra sense.3

5. Their venom contains a variety of components: histamine, kinin, and enzymes that break down protein. Their presence within tissue causes:

The severity of a pit viper envenomation depends on several things:

Local signs and symptoms of a venomous snakebite are typically not that exciting. Pain proximal to the bite site is quite common. There may be some oozing of blood from the site, as well as some proximal swelling. As time progresses and the venom damages more tissue, ecchymosis, purpura, fasciculations, and necrosis may be evident.

If left long enough, the patient may present with systemic signs and symptoms, including bloody vomit or stool, numbness/weakness of extremities, a metallic/minty taste, hypotension, obvious swelling/redness/pain moving from the bite site toward the trunk, and dyspnea. Depending upon the factors of severity previously mentioned, the systemic signs/symptoms may not be seen prehospital. Your patient was bitten. What do you do as an EMS responder? First and foremost, get the patient, yourself, and anyone else away from the snake as quickly and safely as possible! Then, address any airway, breathing, and/or circulation issues. Remove any tight-fitting clothing or jewelry on the affected extremity, and cleanse the bite site with soap and water. Mark the leading edge of tenderness/swelling from the bite site and write the time on the skin. Observe the patient, especially with prolonged transport times, for swelling to expand past your initial marked boundary. If seen, re-mark the newest area and timestamp it again. This helps the E.D. gauge the progression of the envenomation and guide decisions for antivenom administration.

Loosely dress and bandage the area and position the affected extremity, preferably above the level of the heart. This prevents the venom from accumulating in the extremity and reduces hydrostatic pressure that may exacerbate tissue swelling and cause increased pain. Calling Poison Control can get you in touch with an expert, which is recommended for all envenomations. Follow your local protocol, but in a pinch, calling 1-800-222-1222 will be very beneficial.

There are a lot of myths that circulate in literature and classrooms about snakebite management. Most are not helpful and, in some cases, make the patient feel worse. The following are some things that should not be done while managing a pit viper snakebite victim. The banding that coral snakes have is very similar to the non-venomous king snake (and others like it). The saying “red on yellow, kill a fellow; red on black, venom lack” does hold true. However, if the bitten patient says they think it was a coral snake, don’t take time to look for it or its banding. Better to be safe and have the patient evaluated in the E.D. The danger of a coral snake bite generally increases from the Western to the Eastern U.S. if there is an envenomation. As mentioned above, their range is limited compared to the pit vipers. Fortunately, for most people bitten by a coral snake, the incidence of dry bites (no venom injected) is somewhere between 20 – 50%.8 Coral snakes do have fangs but do not have the efficient venom delivery that pit vipers have.

If there is an envenomation, the local findings are usually unexciting – no significant swelling, erythema, or bruising; occasionally, there are no visible fang marks. The venom is mainly a neurotoxin that disrupts neuromuscular transmission by blocking acetylcholine receptors, which are essential for activating muscles in the body. Blockade of acetylcholine after envenomation can lead to weakness and paralysis and even complete respiratory failure in severe cases.

Signs and symptoms of a coral snake bite vary, and the effects of the venom are usually delayed (up to 13 hours) but rapidly progress once they develop.9

The same “DO’s” and DO-NOT’s” of pit viper prehospital care also apply to Elapidae bites, sans one rule. Coral snake venom doesn’t have the tissue-destructive type of toxins that pit viper venom does. Thus, pressure immobilization bandages may be placed over the bite site. Apply with just enough force to allow arterial and venous flow, but decrease lymphatic flow, to diminish systemic absorption of the neurotoxins. Given the potentially severe outcomes after a coral snake bite, all people with a suspected envenomation should be transported to a hospital immediately for antivenom administration and observation for at least 24 hours.

Snake bites are rarely fatal as long as patients receive proper medical attention. Most snake bites cause only localized pain, and swelling and symptoms vary depending on the snake species and whether or not their bite contained venom. You should suspect envenomation with all bites caused by venomous snakes, even if there are no signs or symptoms soon after the bite.

One should never assume that a snake is nonvenomous, as the misidentification of snake species can be fatal. Besides, even nonvenomous snake bites require proper wound care to prevent infection. Always make sure to follow the DO’s and avoid the DON’Ts of snakebite care.

Chris Ebright is an EMS Education Specialist with ProMedica Air and Mobile in Toledo, Ohio, managing all aspects of internal continuing EMS education as well as for numerous EMS systems in northwest Ohio and southeast Michigan.  He has been a Nationally Registered paramedic for 25 years, providing primary EMS response, land, and air critical care transportation.  Chris has educated hundreds of first responders, EMTs, paramedics, and nurses for 24 years with his trademark whiteboard artistry sessions, including natives from the Cayman Islands and Australia.  Chris’s passion for education is also currently featured as a monthly article contributor, published on the Limmer Education website.  He has been a featured presenter at numerous local, state, and national EMS conferences over the past 13 years, and enjoys traveling annually throughout the United States meeting EMS professionals from all walks of life.  Chris is a self-proclaimed sports, movie, and rollercoaster junkie and holds a Bachelor of Education degree from the University of Toledo in Toledo, Ohio.  He can be contacted via email at c.ebrightnremtp@gmail.com or through his website www.christopherebright.com. NREMT FAQs Part 2: What to Know about the Test Itself 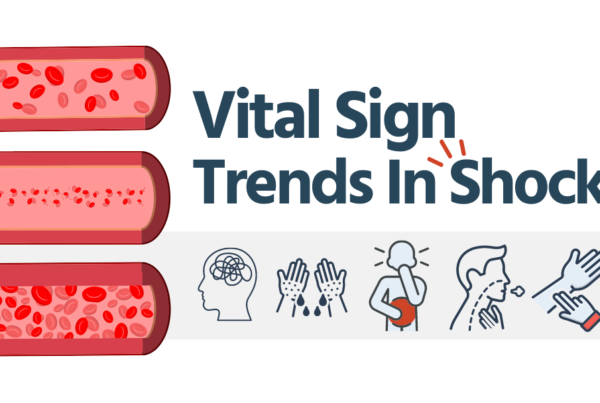