By Stephanie LimmerFebruary 5, 2019 No Comments

At 1200 hours, EMS responds to an extended care facility for a seizure. Upon arrival, the crew observes an 89-year-old male lying in bed supine, not responding to their presence. His eyes remain closed, has noticeable bilateral hand tremors, and upper extremity decorticate posturing. The patient’s airway is clear, with noticeable dry lips and mucosa. Breathing is slightly labored and tachypneic; pulse oximetry on room air is 95%. His skin is very warm to the touch, dry, and flushed. Radial pulse is slow. Blood glucose is 200 mg/dL, tympanic temperature is 100 F, nasal CO2 is 32 mmHg, and ECG reveals sinus bradycardia without ectopy. Blood pressure is 98/60.

A staff member states the patient has become progressively less responsive the past 24 hours, and was found near the bed by another staff member early yesterday morning. At that time, the patient stated he was walking back to bed after vomiting in his bathroom. He became lightheaded and fell onto the floor, hitting his head and vomiting once again. Too weak to get up, the patient was assisted back to bed by the staff member.

The EMS crew quickly conducts a detailed physical assessment. The head exam reveals ecchymosis behind the left ear as well as bilateral nystagmus. The neck is unremarkable for JVD or tracheal deviation. Chest rise is equal. Slight bilateral rhonchi are auscultated over the bronchovesicular area. Abdomen is soft and non-distended. Pelvis is unremarkable. Lower extremities reveal bilateral 1+ pitting edema and decorticate movement when stimulated. Upper extremities remain as stated. No remarkable findings on the posterior neck, trunk, buttocks or legs.

Even experienced clinicians can be stumped when patients present with multiple pathologies. What is the primary issue? Is there more than one? What do the scene, history, physical exam, vital signs, and other diagnostics reveal? What is the best course of management? Sometimes the answers are crystal clear, but often they are not. Clarification can be ascertained by imagining the assessment as a process to eliminate what is not wrong. Done thoroughly, it whittles numerous possible pathologies down to one, two, or maybe three. Now, which of these remainders is the most critical; i.e. going to kill a patient the quickest? Once that question is answered, strategies can be adapted to render the best treatment.

Getting to that conclusion requires that an assessment be as complete as possible. This includes taking into consideration all presenting signs and symptoms. A symptom is defined as a subjective indication of a disease or a change in condition as perceived by the patient.1A sign is defined as an objective finding, usually detected on physical examination, from a laboratory test, or on an x-ray, that indicates the presence of abnormality or disease.2 Recognizing these help a clinician differentially diagnose, guide patient management and make appropriate transport decisions.

Interestingly, there is a subset of signs known as eponyms. A medical eponym is any word related to medicine whose name is derived from a person, typically a physician. The following are some common eponyms discovered during a patient assessment and their associated pathology.

Let’s go back to the case. The EMS crew faces many likely pathologies after the assessment – CNS injury, sepsis, diabetes, aspiration, dehydration, shock, heart failure, alkalosis, seizure. But, which is really the major underlying problem? Look closer at the physical exam, notably, the ecchymosis behind the left ear. Remember in this situation, ask: what is likely to kill this patient the quickest? Battle’s sign indicates basilar skull fracture and associated brain injury. Combined with history (fall and head injury), vital signs (bradycardia) and other diagnostics (vomiting, posturing), it becomes clearer why the patient currently appears the way he does. Even though this patient doesn’t have all the signs of Cushing’s Triad, he may still have a significant head injury. Prognosis, in this case, may still be grim, but by paying attention to even the subtlest sign, the crew’s awareness is heightened, and priorities of care can be established to give this patient the best chance for survival. 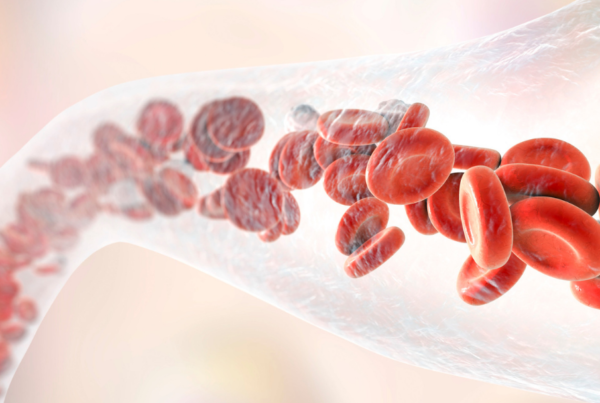 (Humorous) Predictions for EMS in 2022